Licensed bars and restaurants will be allowed to serve alcohol starting at 7 a.m. during the World Cup.

“The Registrar of the Alcohol and Gaming Commission of Ontario (AGCO) has approved the start of liquor service in the province at 7:00 a.m. for liquor sales licensees during the FIFA World Cup 2022 tournament,” the AGCO posted on its site Friday. 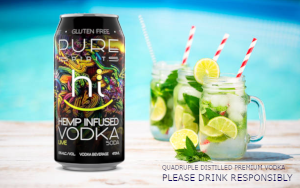 “This approval is temporary and only for the duration of tournament play, which starts on November 20, 2022 and ends on December 18, 2022. The extension of hours for this period is intended to allow service that overlaps with some of the events of the FIFA World Cup, which because of the time difference involved, will be televised in Ontario early in the morning. The closing service time of 2:00 a.m. will remain unchanged.”

The AGCO said it realizes the World Cup is one of the most watched television events in the world and of international significance to many.

Municipalities can object in writing if they choose.