Just after 9pm on any normal Saturday night, there would be hefty-looking bouncers standing outside the door of the Phoenix nightclub. A queue of early clubbers might be forming, gut-vibrating music revving up within.

Instead, on this March evening, the shutters are down and not a thump can be heard. It has been the same for 53 weeks now. In the new normal, two men in a doorway opposite are drinking apple juice out of plastic cups. A handful of pedestrians pass without giving the club a second glance. Teneil Throssell is bereft. Otherwise known by her stage name HAAi, the 35-year-old, born in Australia, was the clubs resident DJ until late 2018 and has been a regular visitor since. She has had her “funnest nights out” here, she says; seeing it closed is “heartbreaking”. “The energy in that place can be really unparalleled — something about the design of the club, the low ceilings, so you are more or less on the same level as everyone.”

Throssell, who earns 90 per cent of her income from live gigs, has had no DJing work for more than a year. After an eight-hour set at Village Underground, another club, was called off when the first national lockdown was announced, she had to take out a loan to pay her rent. As the pandemic’s second wave set in, two socially distanced gigs scheduled for the summer were cancelled. “I had some really shit luck,” she says.

Her story has been replicated among thousands of DJs, promoters, artists and venues across the nightlife scene. The virus has undermined the essence of what they do. There is, after all, little about a big night out that would recommend it to infectious disease experts: hot, sweaty, shouty dancing shoulder to shoulder with hundreds of strangers; amorous couples in corners. Could such a thing as a Covid-secure nightclub exist? How do you make social distancing work on a dance floor?

Even if you’ve never stepped inside a club, it is hard to ignore their importance to the economy. The night-time entertainment and hospitality industry, including theatres, bars, restaurants and clubs, generates at least $100 billion annually — about as much as the airline industry — and accounts for 8 per cent of the country’s employment, supporting a huge network of 1.3 million freelancers and suppliers.

Yet nightclubs were already experiencing challenges before Covid-19, as their core market of teens and twentysomethings began to focus more on health and Instagram. Daytime parties, running from early afternoon to late evening, were gaining in popularity. In the decade before the pandemic, the number of clubs shrank by 21 per cent.

The entertainment and hospitality industry was one of the first sectors to be shut by the government a year ago. It is one of few to have barely reopened since. Even when patios staged a partial comeback last summer, almost all nightclubs remained closed, and they have had to survive on limited government grants and loans.

Moreover, they tend to employ and to cater to young people — the age group most likely to have lost jobs, struggled through lockdowns in cramped apartments or had their university degrees upended by the pandemic, all while being least at risk from the virus. For many, the closure of nightclubs is further punishment.

For the clubs themselves and those who work in them, the effects have been brutal. During the recent lockdown, nightclubs attempting to trade by offering takeaway drinks or virtual gigs have achieved on average 5 per cent of normal revenues.

No one yet knows what restrictions will be imposed on clubs when they finally open, or how their customers will react to being allowed out. Some wonder whether many of them will even survive until then. Are the lights about to go out at nightclubs once and for all?

Several fall into property tax bands too high to be eligible and are not big enough enterprises to qualify for govt-backed loans. Many on the creative side are freelancers who have been ineligible for payments because of quirks in the tax system. Even in the best of times, working in nightclubs is no easy gig. Hours are long and antisocial. Dealing with customers can be tough. Valentina Lozano, a club manager, says that she usually worked 60 hours a week, often starting at 9pm and not finishing until 7am. “At the beginning, your feet and your back hurt a lot,” says the 30-year-old over the phone. “But you get over that.” The worst part of the job is not having weekends off to see friends.

What makes it worthwhile is the perks: access to the music and like-minded colleagues. Pay and tips can be good and promotion fast. “We were bringing in international artists and running amazing nights,” Lozano says.

Having found other work during the pandemic, many in the industry may not return. NTIA surveys indicate that 85 per cent of staff are considering leaving, and that 60 per cent of door supervisor roles will not be filled when nightclubs reopen, with many former doormen now working at supermarkets or Covid-19 testing sites.

Lozano plans to start a masters degree in music management in September. “No more managing clubs,” she laughs. “You don’t see the sun.”

The one bright spot for the sector as it emerges from the pandemic is that its target audience is among the least likely to be hospitalised by the virus. But they have also felt most cooped-up during the pandemic and are most likely to have lost jobs or had education put on hold.

The closure of nightclubs is emblematic of the heavier impact that lockdown curbs have had on the young. The activities available to people — cooking, gardening, walking — are largely preferred by older generations. Gyms, nightclubs, bars and festivals — generally the playground of the young — have been put out of bounds. As Michael Kill puts it: “There is only so much partying you can do with mum and dad.” Martina Kane, who heads the Health Foundation charity’s young people’s future health enquiry, says that the youth have missed out on a valuable period of relationship-building outside their immediate families. “Young people are hard-wired to try and see their friends,” she says. “Everything we have done to make sure that people have been safe from catching the virus has disproportionately affected the young.”

A study by the Health Foundation in August found that 43 per cent of 18- to 24-year-olds said they were unhappy or depressed in April 2020, compared with 27 per cent in a similar survey in 2018. Almost half said they were unable to concentrate or not enjoying their day-to-day lives.

Kane says we may not know what the full impact of the pandemic has been on youth culture for years. But she adds that the positivity of the younger generation to get out and do things again “counterbalances what can be quite a bleak picture”. 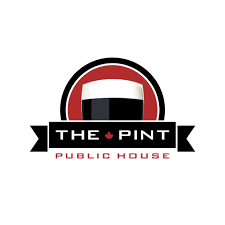 Much rests on what the government decides is safe. Early studies suggest that crowded bars do present a higher risk of Covid-19 transmission, and it seems common sense that clubs would too. A research group set up by the Department for Culture, Media and Sport is examining the effects of alcohol and duration of events on infection spread. Layout, ventilation, vaccine certificates, mask-wearing and rapid-testing regimes are all under consideration.  “There is going to be a lot that has to be addressed with clubbing and safety and how much of a breeding ground clubs could be,” says Throssell.

The signs are that clubbers haven’t been put off.  A year’s worth of young people who have turned 19 during the pandemic are waiting to go clubbing for the first time. As DJ Henry Smithson — stage name Riton — puts it, events like this could be “pretty lethal”: people will have been released from a year listening to home-speaker systems and have a pandemic to put behind them.

Tough though the past year has been, are there any positives? Clubbers might feel more loyal to the clubs they love, says Mehrkar. Lozano expects the pent-up demand for the wild abandon of a dance floor will mean that operators rush to bring back employees. Others suggest that, with international travel remaining difficult, there may be more focus on homegrown DJ talent.

Let’s hear your comments below!